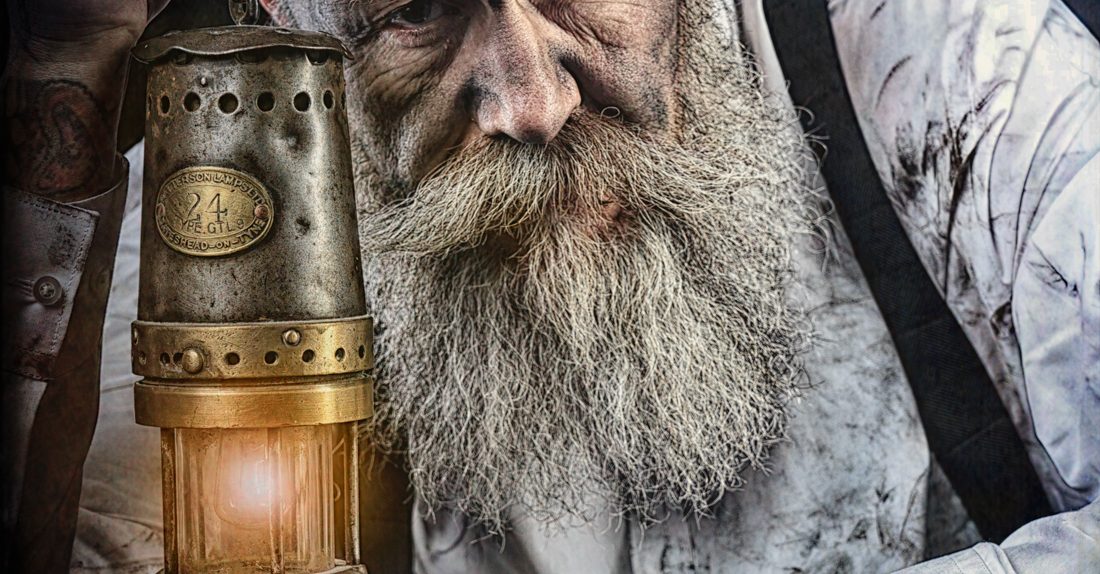 Another Shoot at Pozers Studio in Cricklade ,Wiltshire my now go to Studio. This time to shoot a male model Pip. My main creative idea was using a Miners Lamp an original belonging to my wife’s grandfather down the Durham mines almost 100 years ago.

But we started the shoot doing a set of portraits in English Gent clothing. The following images were on my Nikon D610 with the DC 105mm Nikon Prime love this lens. These were at F5 at synch speed of 1/200th Sec and ISO 100 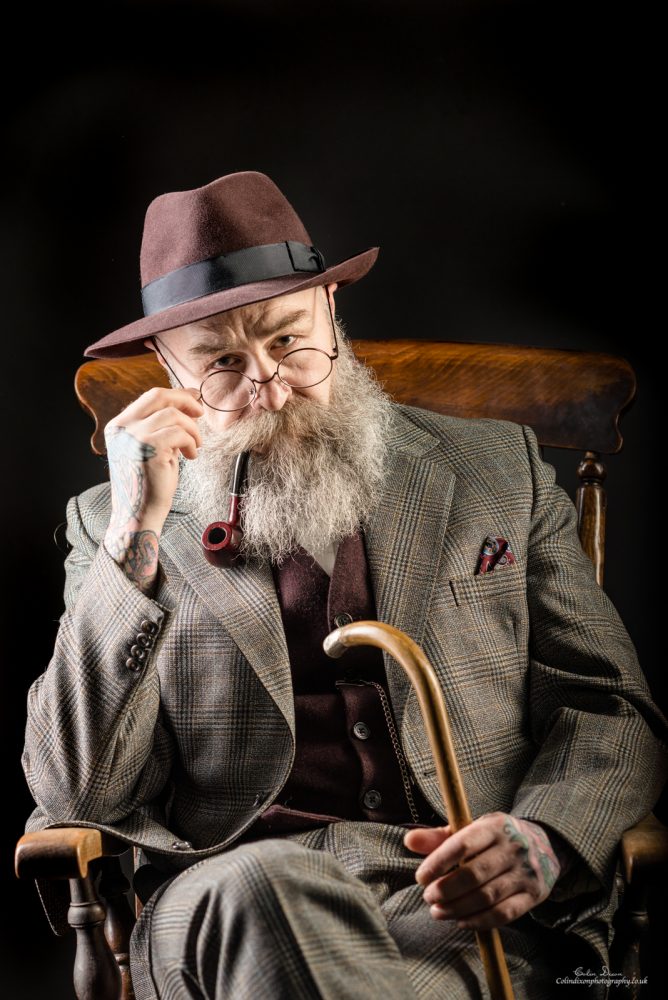 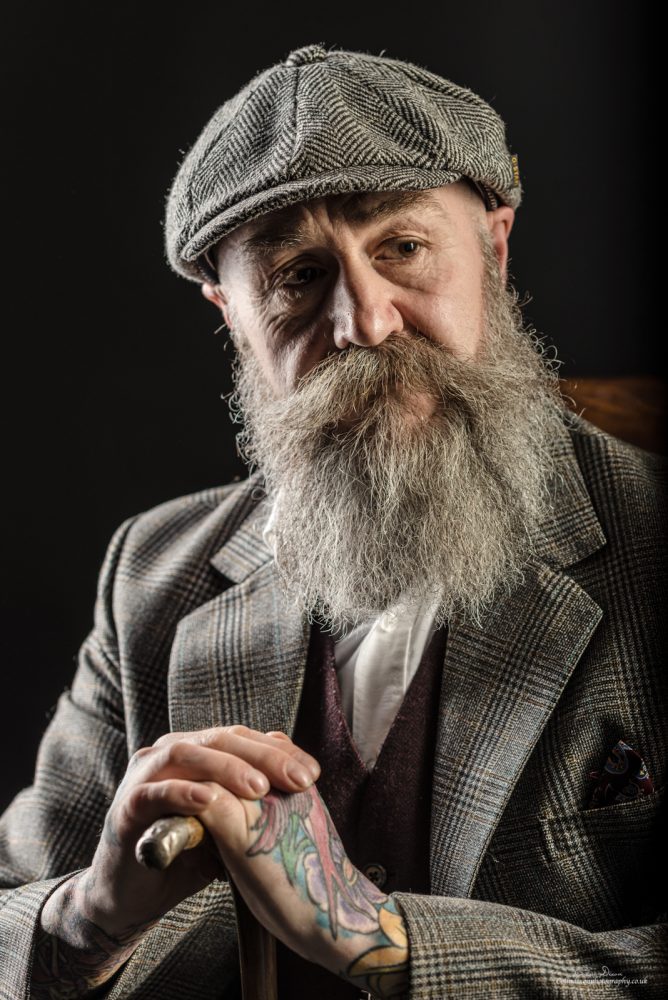 This next shot with the Nikon 1.4 50mm prime also using the same settings as above. We used side lighting throughout the shoot with 2 strip lights on either side of PIP. 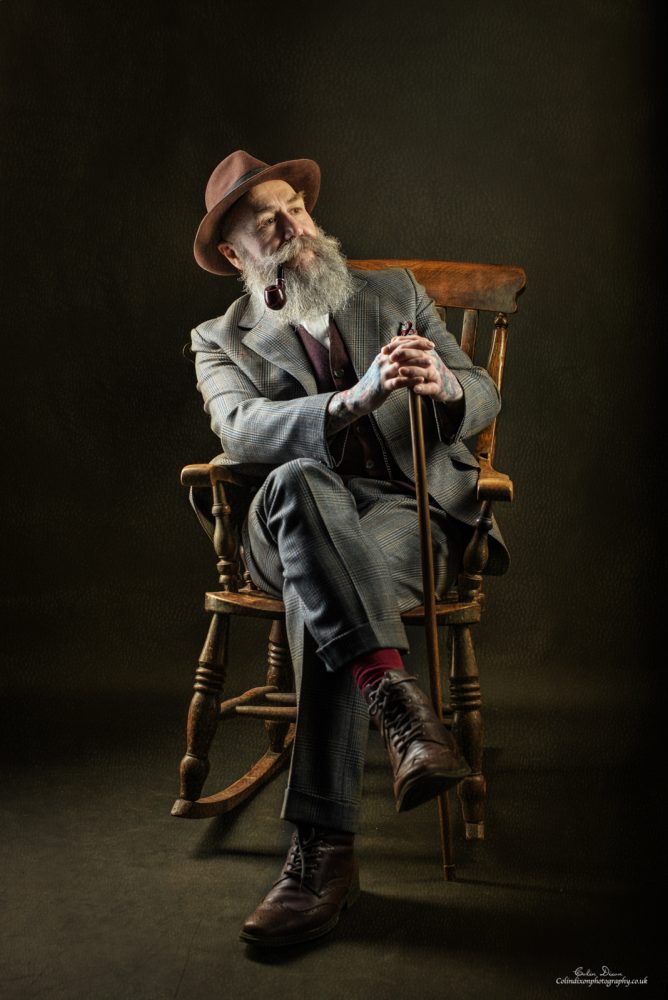 The next set was using my recently purchased Cowboy hat previously seen with Carla Monaco. This really worked with Pip. These were lit very similar with the addition of a Reflector to fill light into the eyes. All with the 50mm Nikon Prime at F6.3 1/200th sec and ISO 100. 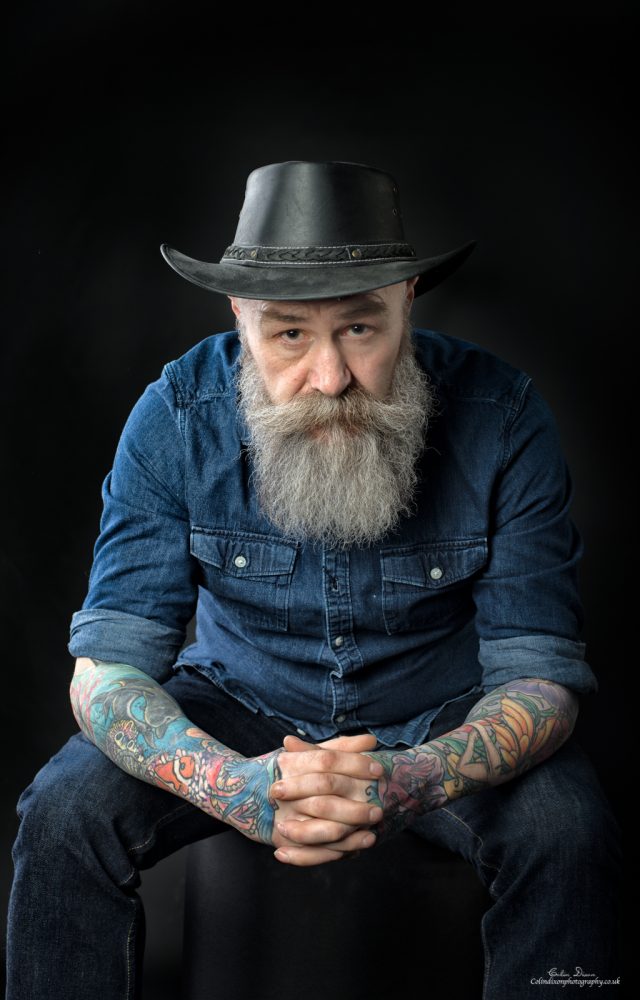 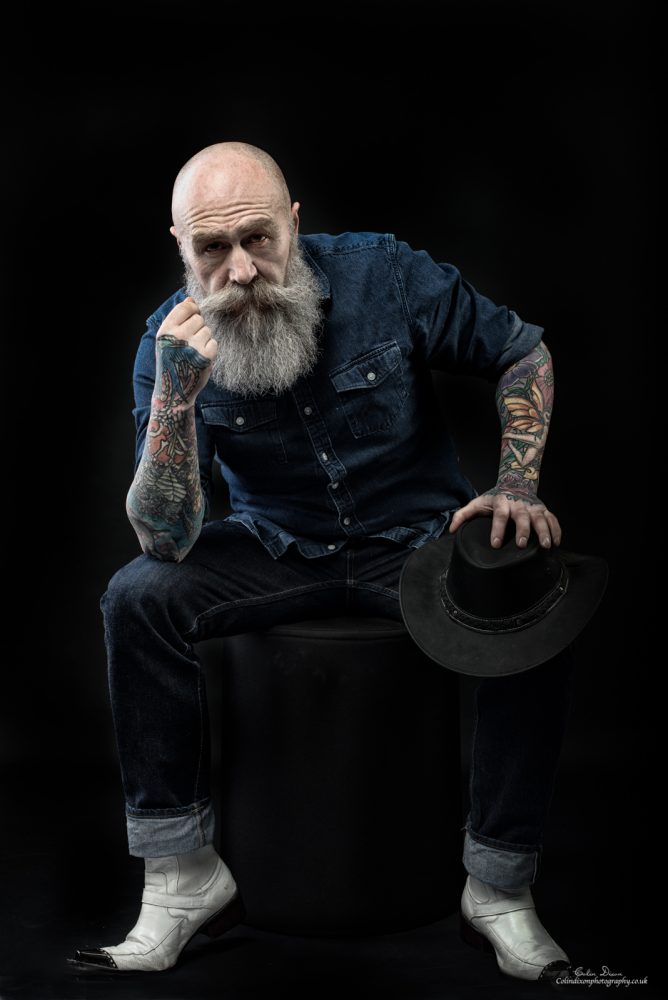 A small change of costume by Pip and we had a Hatefull dead look. Same lighting and settings. 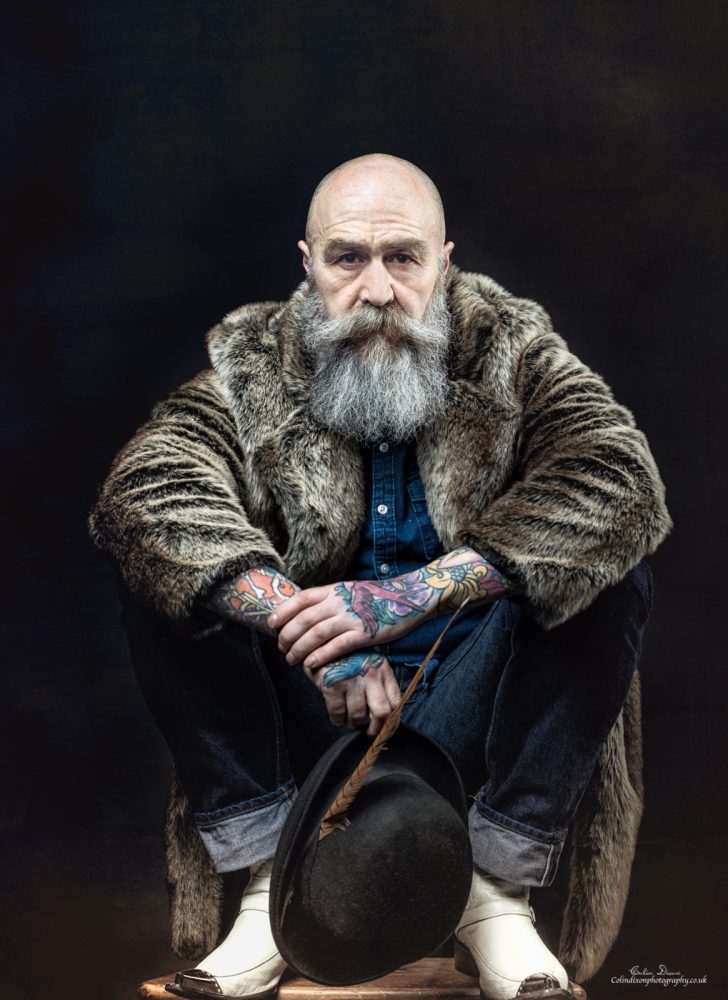 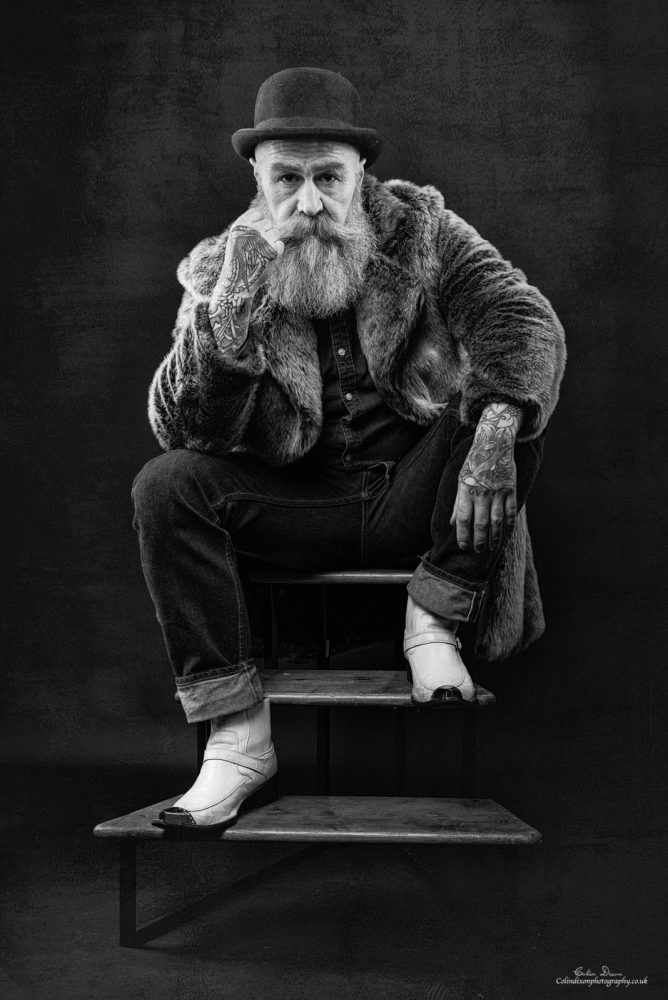 We then got round to the Miners setup. Alley the owner of the studio assisted with doing the make up and dirtying a shirt for the effect. This was the moment my photography changed as I had purchased a Sony AR7iii 3 days earlier. So used it for the first time. This did take a little time to work out how to use a mirrorless camera in a studio lighting setup as the Digital viewfinder was black with the lack of light. Eventually with Mr Googles help a worked out what to do. The Miner images were with the Sony AR7iii with the 24- 105mm G Master lens F5.6 at 1/200th sec Iso 100 as previously. I was taken away by the sharpeness and colours in the colour image . 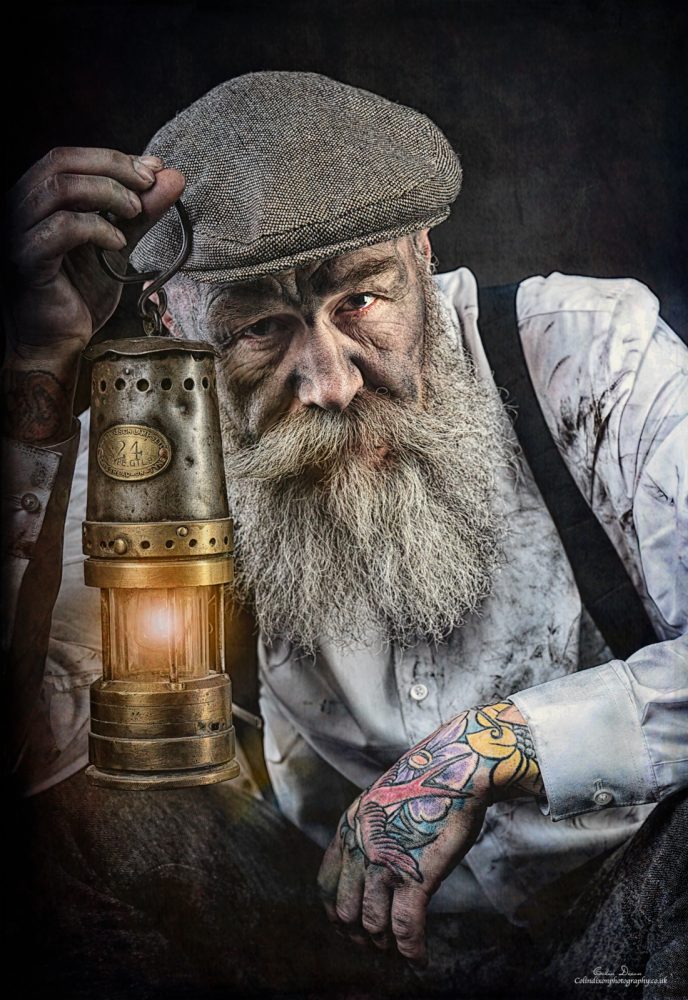 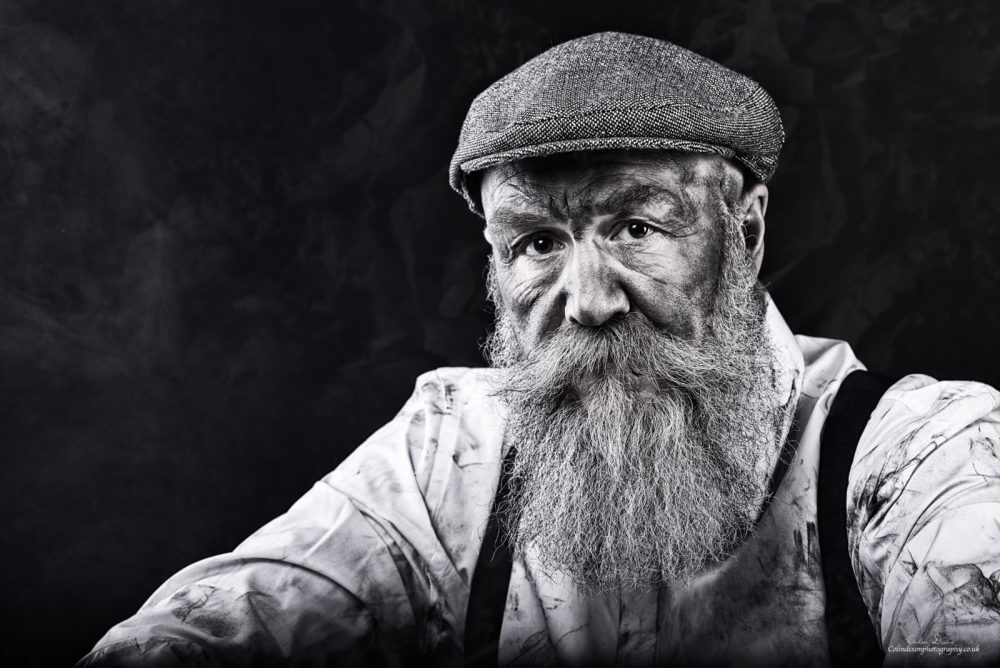 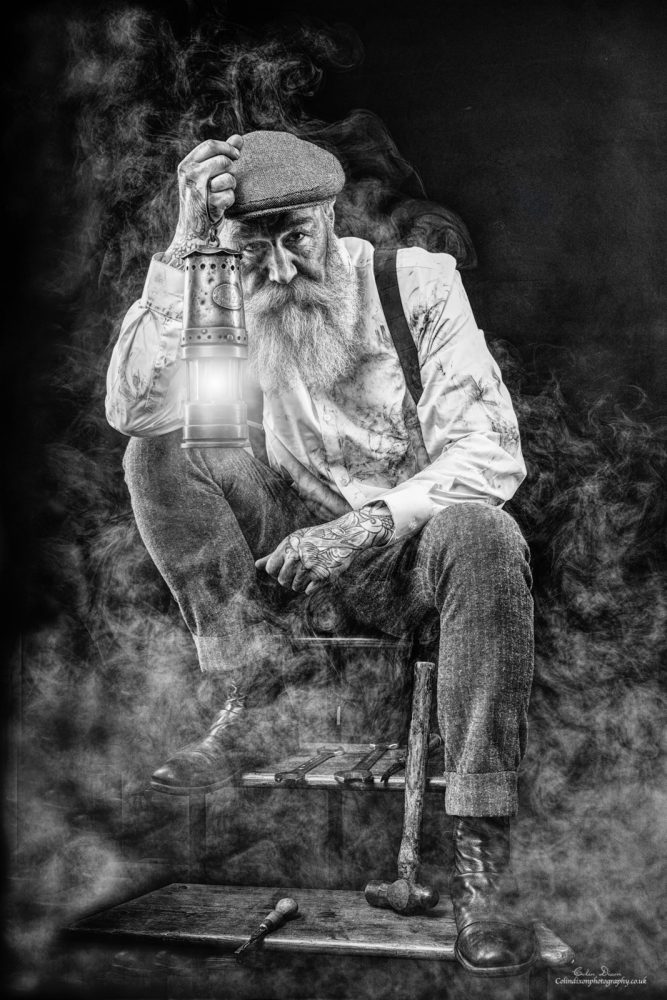 Pip the Gentleman is a wonderful person to work with and I think we had a very productive 2 hours in the studio.